This is the Home page..

this website will be updated daily so make sure to check again every day or two. thank you for reading this and hopefully it helps.

This website is specificly made for beginners to call of duty zombies and need some pointers, stratergies or whatever else.

for any of you experienced zombies players this website could just be used to find new ways to play the game or just have fun.

so lets get into this websites all you need to know course: 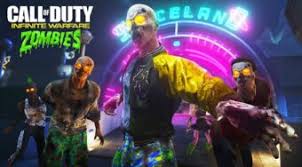 Everyone has their own play styles when it comes to perks and buffs. if your a healer then getting 'up n atoms' or 'quick revive' to revive your team-mates faster is a prefered option. for peple using LMG's a perk like 'quickies' or 'speed cola' is a great choice. to determine what perks you should get in a round think about these things.

If your someone who always likes to use LMG's, shotguns or snipers it will never hurt to get quickies or speed cola which halfs the time to reload your weapons. if your someone who revives your team-mates a lot then quick revive or up n atoms is a good pick cause it will allow you to revive players twice as fast or if your playing alone will give you an extra life however if your playing on your own you will only be able to purchase it 3 times in total after which if you die, your dead.

perks like double tap and bang bangs are usefull with assult rifles, SMG's and LMG's as it doubles the fire rate for those types of guns.

these are the perks: (the perks have a different name including ones I could'nt put on here depending on what cod your playing)

theres a bunch more including perks that are only in specific games or maps. those above perks are just the most popular perks. anyway a key thing to surviving high rounds or doing easter eggs are mixing perks so they help each other more. for example getting jug and quick revive means reviving without downing is a lot easier or how stamin up and blaze phase make the trail longer as the slide is longer thanks to stamin up. making sure you get perks based on what task u are doing or what weapons you have are very usefull. 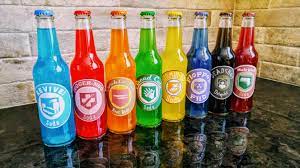 *the mystery box or mystery wheel (depending on what game your playing) is full of weapons to help with easter eggs and all round surviving. be careful though. it has to do a roulette to decide what gun you get so if you think you can just grab a gun while zombies are after you your sadly mistaken unless your really good at avoiding or there are only a small amount.

*Pack a Punch can severaly upgrade your guns for 5000 points. it upgrades them so much that some even get different abilities like explosive bullets or increased shoot speed or spreed on top of doing tremendous damage and a lot more ammo.

*wall weapons can be found everywhere if you know where to look. bying them with give you the gun in that corrisponding slot and gives you the maximum ammo for that gun.

To start I will be talking about Infinite Warefare and their easter eggs. starting from the start of the story where the characters get sucked into Willard Wyler's films starting with Zombies In Spaceland.

to complete this easter egg you are going to need to get three items first. a boom box, a calculator and an umbrella. all three have three spawn locations. you will need to open the first door which opens 2 doors at once. on the underside of the bridge right behind the cart stand there is a spawn location for the boom box. the second spawn is in the underground kitchen area on the counter and the final location is in the keplar part of the map next to the fountain area and mystery wheel on the counter. the calculators are a little harder to spot. the first locaton could be on a bench next to the pack a punch portal. the second will be in the upstairs area of the arcade next to the stairs and close to the krypton attack arcade game, third spot will be around the corner from the octipus trap in the keplar area.

the final item umbrella will ether be next to the bridge over to the main entrance to pollar peak on a bench, on the ground close to tuff nuff or on a counter next to a zombie window in pollar peak.

now you have all the parts you will need to find the DJ. the locations for said DJ are in ether the jouney into space area around the corner from mule munchies, in keplar next to the shooting range game or next to the fountain at polar peak. talk to DJ and end the round. if you had last zombies on your while doing this then it might take a little longer also pack a punch needs to be opened before this step. once you get the seti com you'll have to defend three locations. if you fail one dont worry, you can go talk to the DJ again and get the seti com back but be careful for a brute that'll spawn if you fail. there are quite a few locations that are ranked in difficulties from easy, medium and hard. if you get all the hardest spawns its going to make this easter egg a lot harder to beat.

also the time for defending the seti com is 60 seconds for the first, 90 for the second and 120 for the final seti com. now the locations are outside the bumper karts in journey, outside the main entrance to polar peak, next to the polar peak spawn location to the umbrella, next to the boom box spawn in the underground kitchen, at the fountain, next to the crocidile alien mouth in keplar and at a blood splatter near the entrance to journey.

once you defend all three seticoms talk to DJ where-ever he may be. he'll give you 4 note blocks which you will place all in the middle on top of all 3 coins and 1 right in front of the pack a punch room portal. now to enter the boss fight you need to play each of the note blocks really fast. (this is easier with more people) then all entry ways to the other parts of the map are closed off by portals. you'll have to survive loads of zombies and brutes if you get these next codes wrong.

because the codes are differend every game i can't tell you the codes but you need to listen and watch the sky to see which colored notes you need to play when the sky turns a white faded color. once done this a few times some aliens should spawn who are the main boss(s) for zombies in spaceland. theres one alien for every player in the lobby. these aliens can only be damaged by the wonder weapons FYI. anyway, once you beat all the aliens and zombies in that boss fight all the portals will close back up and the over-head ufo will smash and drop a soul key which you'll need to pick up. once done you can continue to play after the cutscene. this is the how to on the spaceland tutorial however so goodluck if you have infinite warefare.

Rave In The Redwoods is the next map in infinite warefare and this maps easter egg is a lot easier but looks harder on paper. your going to need to open the whole map as a side mission as these locations for easter egg parts are all over the map. you will need to find 5 notes and here are the're locations: the first location is in the dining hall. next is above on a wood bridge to the main campsite cabins. one next to dock, one in a stand in the rave area and one under the rock climbing area. then turn power on under start area which you can do while collecting the photos. ride the boat to pack a punch island and talk to kevin.